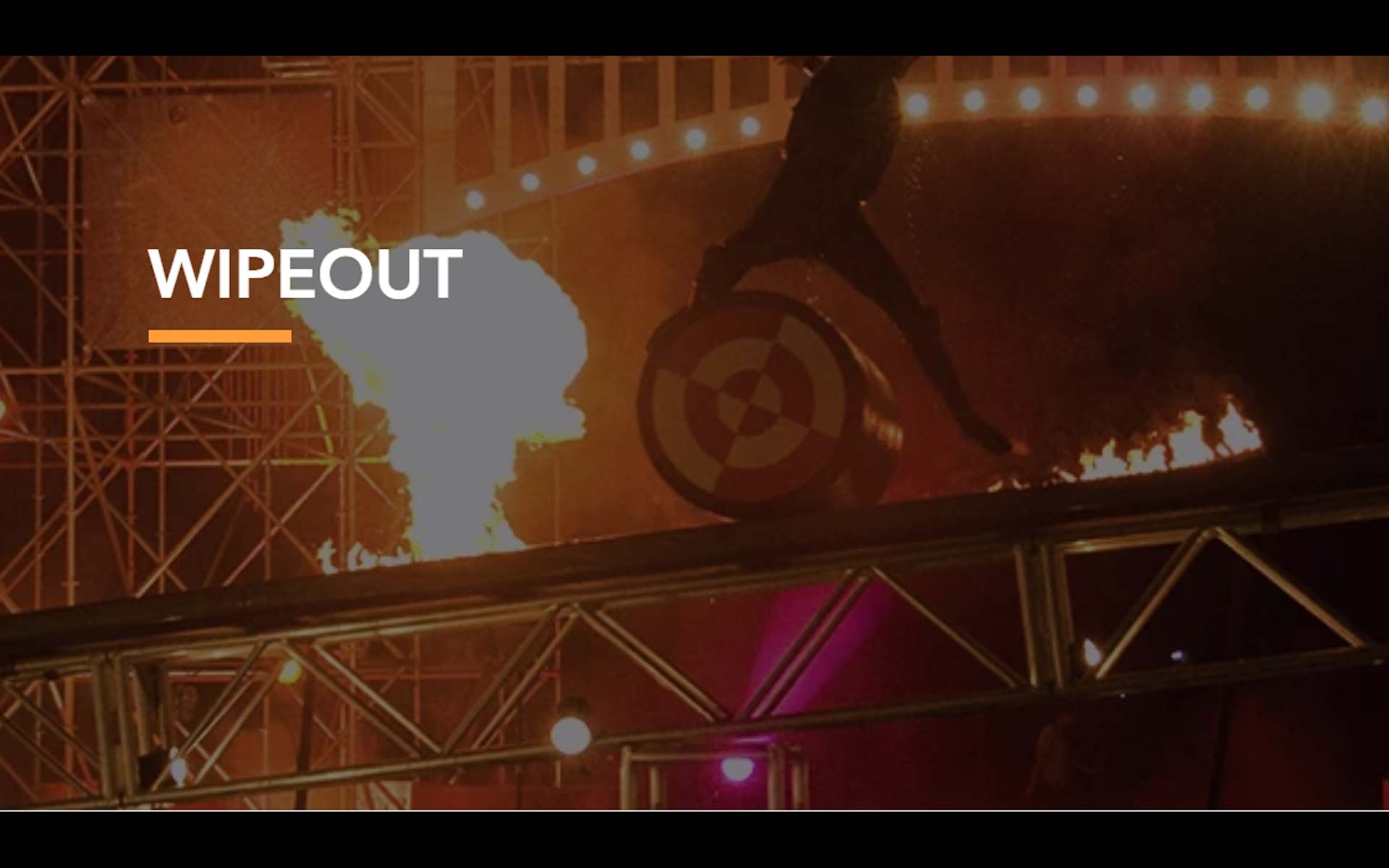 Wipeout is an action-packed family entertainment game show in which contestants from all walks of life compete in the world’s biggest television obstacle race, to win a coveted title and a grand cash prize.  In each episode, twelve intrepid contestants take on four new gruelling obstacle courses.  Whatever obstacles they confront, action, grit and spectacular spills are guaranteed.

And the result? Four pumped contestants eager to take on the most extreme series of obstacles ever created in the Wipeout final – the Zone.  A 45 foot slide, rolling barrels, a G-force packed spinning plate and trampoline platforms ensure a final round so intense that it saps every last ounce of energy out of contestants and viewers alike.