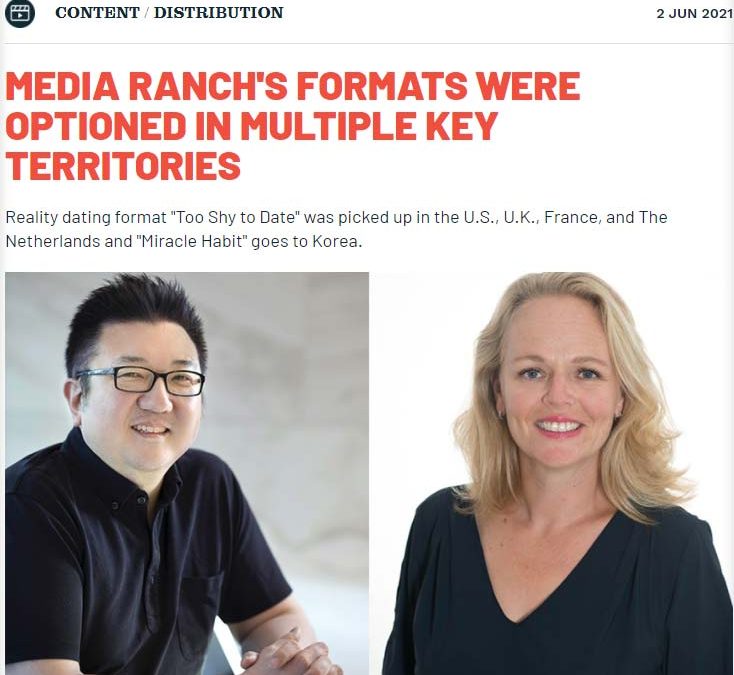 Sophie Ferron, President and Founder of Media Ranch, announced multiple option deals for its virtual reality dating format, “Too Shy to Date” in the U.S., U.K., France, and The Netherlands. The production and distribution company also announced a co-development deal with Korea’s Something Special, in addition to an option deal for “Miracle Habits”, acquired from Something Special in a format exchange partnership.