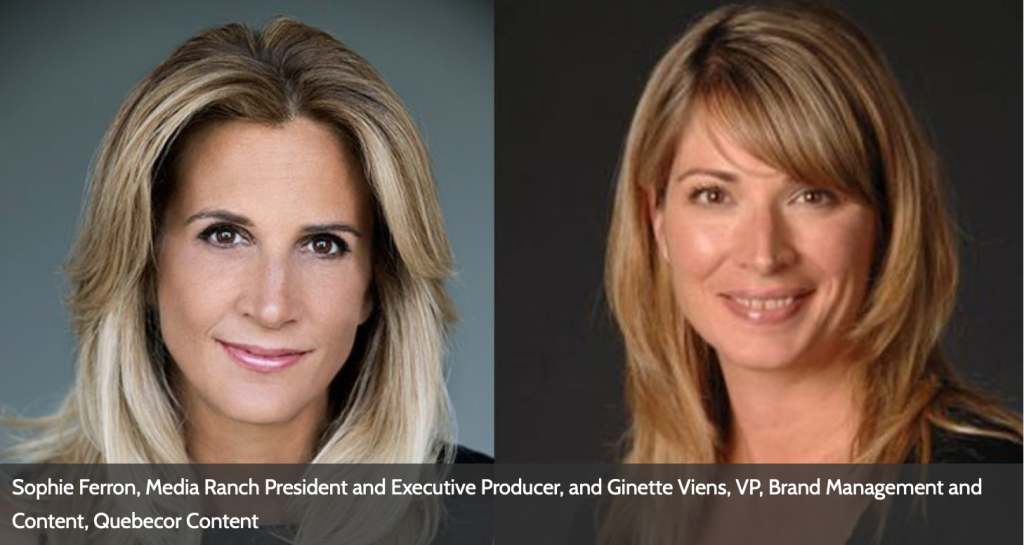 Participants were each tasked to develop an original format tailored to the needs of Quebecor Content and its various channels. The winning project was an format that showed a new twist on dating, created by An Tran, who will receive an investment from Quebecor Content for further development and Media Ranch will produce and distribute her format internationally. Several of the remaining formats will also be developed for global distribution. Hayley Babcock, Head of Formats, International Programming and Production – A+E Networks was a mentor to Tran.

Sophie Ferron, Media Ranch President and Executive Producer, stated: ‘Horsepower exceeded our wildest dreams and 8 top-notch, creative formats were developed for the international market. We want to congratulate the very talented An Tran, who will go far in the industry. We also want to thank, and continue to encourage, our participants who all developed fantastic and unique formats. Quebecor Content and Media Ranch would especially like to thank Philip Kalin for guiding the incubator. Additionally, we are grateful to our brilliant and hard-working mentors who gave selflessly with their time and wisdom as well as Quebecor Content who has been instrumental to the success of the Horsepower project’.

The Horsepower Incubator drew over 70 submissions from which 4 men and 4 women were chosen from diverse backgrounds, various age groups and with different levels of format and television experience. Following an exciting kick-off industry party, over 200 hours of workshopping took place to bring the 8 formats to the final pitch session. Eight speakers were involved throughout the incubation period, and 6 international format experts acted as mentors in preparation for the pitches.

‘The choice of the winning project was very difficult as the quality and caliber of the proposed formats were high’, said Quebecor Content’s Ginette Viens, VP, Brand Management and Content. ‘The niches represented by the projects ranged from quizzes to dance, to race/reality, dating, variety, hidden camera along with escape room reality thriller’, she added, pointing out that Quebecor Content is pleased with the winning concept and is now moving forward with the development phase of the format created by Tran.

The process was guided by Media Ranch’s Head of Content and Storytelling, and award-winning Canadian producer/writer Philip Kalin. All 8 formats were developed under Media Ranch’s proprietary Horsepower Incubator and will be available for international sale, represented by Media Ranch.

Kalin stated: ‘I am grateful to Sophie and Quebecor Content for the opportunity to work with these 8 talented individuals. These creators worked closely together for six months, and we are proud of their collective achievements, proving that competition leads to great collaboration. It was challenging to choose a top format, as they were all superb and I am certain more than one will see the light of day. The creators will remain IP owners of their respective formats and several will have the opportunity to continue a partnership with Media Ranch and Quebecor Content’.