Louise Juel Severin will lead the office as VP, sales and acquisitions, Scandinavia, as the company expands its reach in Europe. 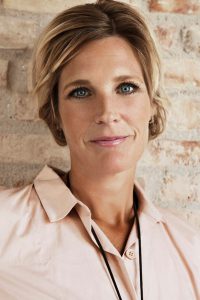 Montreal’s Media Ranch has announced the launch of a new office in Scandinavia, with Louise Juel Severin tapped to head up the new location.

Severin will take on the role of VP, sales and acquisitions, Scandinavia, starting March 1 and will oversee all Media Ranch sales, acquisitions and operations in the region. She will report to SVP distribution Tanja van der Goes, who is based out of Media Ranch’s Amsterdam office.

Media Ranch will now have four global offices: two in Europe (Amsterdam and Scandinavia) and two in North America (Montreal and Los Angeles).

The announcement comes on the heels of a new strategic partnership between Media Ranch and California-based GRB studios, with the companies jointly developing, producing and distributing original unscripted IP.