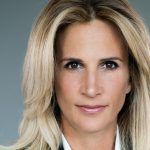 The program, named Horsepower, will see between six and eight individuals develop an original format tailored to the needs of TVA Group and its various channels.

Participants will receive mentorship and ongoing support from Media Ranch president Sophie Ferron (pictured), with the winning project receiving an investment from Quebecor Content to produce a proof-of-concept episode. Media Ranch will produce and distribute the winning format internationally.

Submissions for the program open Nov. 10, with the incubator program running from January to June 2019. In addition to Ferron, Media Ranch Distribution SVP Tanja Van Der Goes, who is based at the company’s Amsterdam office, will also provide mentorship to participants, while Media Ranch’s head of content and storytelling Philip Kalin-Hajdu will guide the participants throughout the process.

Among the formats on Media Ranch’s format slate at MIPCOM are relationship series The Ex-pert (13 x 60 minutes) and The Judas (12 x 10 minutes) and reality game show The Vault (10 x 50 minutes). Last week, the company announced a raft of deals, including selling distribution rights to Dutch home renovation show, Paleis voor een Prikkie (Place for a Penny), to SBS Belgium, as well as signing a format option deal with Monsieur Jean Television for Verdict on Demand.

Earlier in the year the Quebec government committed more than CA$600 million in funding over the next five years via its 2018-2023 government action plan. Within that funding, the provincial government allotted $14 million for supporting Quebec artists and cultural organizations to travel to international markets, creating a funding envelope for international coproductions, and other discoverability initiatives.