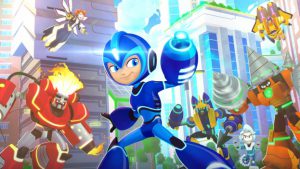 Season one of DHX Media and Dentsu Entertainment U.S.A’s Mega Man: Fully Charged has been acquired for linear broadcast and VOD by U.K. commercial-free kids broadcaster, POP. The deal includes the rights to the series for the U.K., Ireland, the Isle of Man, Malta and Iceland. Mega Man: Fully Charged will launch on the channel’s linear service in early 2019. Coinciding with the show’s launch on POP, a dedicated YouTube channel for the show will launch on DHX Media’s WildBrain network. The kids show recently made its U.S. debut on Cartoon Network and on DHX Media’s Family CHRGD in Canada this summer.

Winnipeg-based Farpoint Films has inked deals with Rive Gauche Television and Kew Media Group for the prodco’s unscripted TV projects. Los Angeles-based Rive Gauche Television has picked up Farpoint’s My Misdiagnosis (26 x 60 minutes), which features factual stories about patients and survivors misdiagnoses. Farpoint also sold I Survived (13 x 60 minutes) and I Hostage (13 x 60 minutes) to Kew Media Group. I Survived tells the story of people that survived dangerous disasters, while I Hostage follows people who were held captive and managed to survive.

Montreal-based production company and distributor Media Ranch has signed a raft of format and distribution deals ahead of MIPCOM next week. The company has sold the distribution rights to Dutch home renovation show, Paleis voor een Prikkie (Place for a Penny), to SBS Belgium. Created by Dutch prodco Vincent TV, the series has aired on SBS 6 in the Netherlands for two seasons. A third season of the show is set to air on SBS 6 in spring 2019.

Media Ranch has signed a format option deal with Monsieur Jean Television for Verdict on Demand, also created by Vincent TV. Verdict on Demand follows a judge and presenter who solve neighbourly disputes over the course of 12 hours. The show was previously acquired by German prodco Imago TV for adaptation and airs on SBS 6 in the Netherlands.

In addition, Media Ranch has inked a format option rights deal for Who Am I? (Wie Ben Ik?), a Dutch comedy panel show, to South Africa’s The TVSmiths. The show, which aired on RTL and SBS 6, sees celebrity teams try to guess the hidden name of a person, character, animal, object or location. The TVSmiths also picked up the format option rights to Pay It Forward (Donnez au Suivant), a show that takes a deeper look at how people change their lives for the better. Finally, France’s Flair Production nabbed the format Face It for distribution.

9 Story
Sutikki—the kids and family division of Bento Box Entertainment—has signed a distribution and merchandising partnership with Toronto-based 9 story for its new preschool series Moon and Me. The company’s different branches—9 Story Distribution International will handle worldwide distribution (excluding the U.S., U.K. and China), while 9 Story Brands will act as merchandising and licensing agent (excluding the U.K. and China). Both will collaborate on overseeing previously-announced partnerships with Hasbro as master toy licensee and master publishing partner Scholastic. Sutikki will continue to directly oversee commercial sales of the series in the U.K., and in mainland China with an existing partnership with UYoung. The 50 x 52-minute series is set to make its global premiere on CBeebies (U.K.) and Universal Kids (U.S.) this year. Coproduced by Sutikki and Andrew Davenport’s Foundling Bird, the musical comedy series is about toys that come to life when nobody is looking.