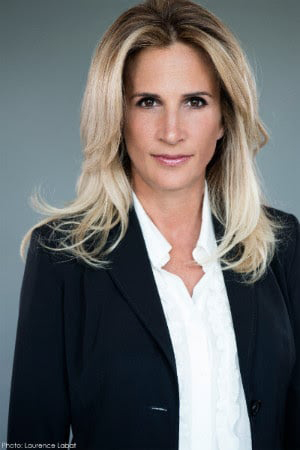 Canada’s Media Ranch has stepped in to buy the assets of Salvail & Co. as the latter’s founder was hit with multiple sexual misconduct claims.

Quebec’s media sector has been rocked by a La Presse story that included claims from eleven women that media star and Salvail & Co. founder Eric Salvail had acted inappropriately over a 15-year period.

Salvail responded with a Facebook post (now taken down) denying the claims and suggesting he had no “intention of causing distress to anyone”, but has now sold his company.

Montreal-based Media Ranch, which Sophie Ferron (pictured) founded, has entered into talks with former Salvail & Co. general manager Vivianne Morin to buy the assets, which include production activities, intellectual property of current productions, and a development slate of TV concepts.

According to press materials, “the purpose of the acquisition is to ensure that current productions that have thus been under the Salvail & Co. umbrella can continue whilst allowing Media Ranch to expand its offering in the Quebec television entertainment market”.

Media Ranch said that on completion of the deal, Salvail “will no longer be involved in managing any facet of the transferred productions or associated in any way”. Furthermore, there will be a “severing [of] all financial, management, and operational ties with Mr. Salvail”.

Morin and Media Ranch president Ferron are currently in negotiations with Radio Canada over Les Échangistes, Vtélé over Coupe de Foudre and Bell Media over Mariepier! to sort out the programmes’ futures.

Morin is a well-known Canadian media executive, She began working at Motion International (Groupe Coscient) in 1991, and went on to work for Cité-Amérique between 1999 and 2008 before becoming COO of Cavalia and then GM at Salvail & Co. in 2013.

Last week, she told Salvail & Co. employees she would do “absolutely everything” in her power to safeguard “as many jobs as possible”.

“I worked with Sophie Ferron years ago and appreciated the synergy between our respective skills in international distribution and production and knew she had certain development goals, so I knew I was approaching the right business partner when I called her,” she added.

“With that in mind, I am confident that we will be able to regain momentum building on the solid foundation the Media Ranch family will provide.”

“When Vivianne Morin called me on Thursday to start working on the scenario we are announcing today, I had two priorities: crafting a well-thought-out redeployment that would be anything but cosmetic, and doing everything we can to protect the jobs of hundreds of professionals who had absolutely nothing to do with the recent controversy,” said Ferron.

“We hope to bring this acquisition to a successful conclusion, despite its sensitive nature and the challenges it presents.”

The episode is the latest in the series of scandals relating to sexual conduct of powerful male executives that have engulfed the international TV business in recent weeks.

Harvey Weinstein, whose conduct initially sparked the furore, was yesterday removed from the board of US arts channel Ovation after a board vote.