An extensive array of non-fiction titles will be launched at Cannes during the MIPCOM market, running Oct. 16 to 19. Ahead of the excitement, realscreen presents the third (and final part) of our round-up of titles heading to the Croisette. Be sure to check out part one and part two of our Shopper’s Guide.

Toronto-based Boat Rocker Rights is bringing over 2,000 half-hours of new content to Cannes.

In Late Nite Eats (13 x 30), Chef Jordan Andino visits a new city and its restaurants that reign supreme in the late night food scene. The series is produced by Crooked Horse Productions for Cooking Channel U.S.

Also from Crooked Horse is History in the Making (13 x 30), which presents the process of recreating historical items from the past using original techniques.

In Reno, Set, Go! (14 x 30 + 1 x 60, Scott Brothers Entertainment for Discovery Family U.S. and HGTV), friends and family come together to pull off a covert room makeover for a deserving loved one, while Cursed Bloodlines (13 x 30) explores the dark histories of prominent families that appeared to have it all, yet have generations of family tragedy and misfortune. 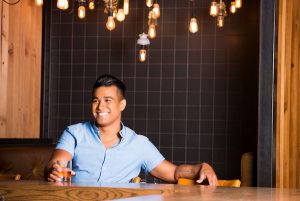 Notorious Crimes (13 x 30) examines the life events and perpetrators of some of history’s most heinous and unbelievable crimes around the world and Under the Influence (6 x 60) explores the bad influences that send celebrities down the wrong path.

Todd Sampson, Steve Darnell and Billy Bretheron are the focus of three new series. In Body Hack (12 x 60), adventurer Sampson embarks on an epic exploration investigating some of the world’s most extraordinary people. Vegas Rat Rods (30 x 60) follows Darnell as he builds one-of-a-kid cars, and in Billy Goes North (12 x 30), exterminator and pest control expert Bretherton takes on pests and animals in the Great White North.’

Topping the distributor’s non-fiction slate is the documentary Rolling Stone Magazine: Stories from the Edge, directed by Academy Award-winner Alex Gibney and Emmy-winner Blair Foster. A Jigsaw Production, in production with Nevision Limited in association with Rolling Stone Productions, this six-part series chronicles the last 50 years of American music, politics and popular culture.

From Jon Brewer comes new biopic documentary special B.B. King: On the Road, which brings together many of the crew, friends and band members who travelled the road with the iconic blues legend.

Documentary special EuroTrump follows right-wing populist as he runs for Dutch Prime Minister. The filmmakers obtained exclusive access to Wilders, who has lived under 24-hour security protection for the past 12 years due to credible threats on his life.

Among them are Pay it Forward, where people rally together to help others in in need. But once a person receives help, he or she must pay it forward, creating a chain of good will.

Who Am I?, based on Dutch comedy panel show Wie Ben Ik?, consists of two teams of three celebrities trying to guess the hidden name of a person, character, animal, object or location. The answer is visible to the other team members and the audience at home. Players get three clues and racing against the clock, they must take a guess at the hidden identity.

The Eyes of the Sea is a reality adventure format that challenges the courage and survival skills of ten ordinary people competing to become to become the next great under ice photographer.

Over 10 weeks, candidates face the biggest predators, the largest sea mammals, the toughest conditions that they’ve ever endured, whilst attempting to display their technical, artistic and survival skills whilst producing world-class underwater photography. 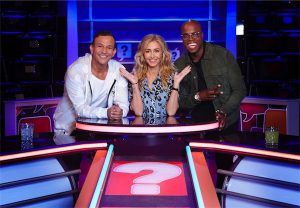 Steve Harvey’s Funderdome, which was recently acquired by TF1 for a French version, is one of the latest series from Mark Burnett. The 13 x 60-minute reality series gives budding entrepreneurs the vehicle to make their dreams a reality. A team or rivals pitch ideas head-to-head in front of live studio audience, who in turn vote on which entrepreneur will receive funding.

In studio-based game show Witness the Fitness(30 min), candidates from different professions face off against one another to tests the skills of different body parts.

Impress Us (60 min) is a social experiment show where participants answer questions and create original performances to present in front of fixed cameras around the city. Judges must decide on the most entertaining performance.

Finally, in YES MAN discovers the world (30 min), a “yes man” must travel the world saying nothing but “yes.” This game-style program with documentary-type elements leads to unexpected surprises and twists.

One Life Studios is set to make their MIPCOM debut with the unscripted title Dropout, a fast-paced competition reality series, following “dropouts” through the rigors of the entrepreneurial journey and putting them to the test in real-world business challenges.

Groomed by industry leaders, these rebels have the opportunity of a lifetime but do they have what it takes to kick-start their dreams and transform into the ultimate start-up team?

UK-based Passion Distribution is bringing a slate of new formats to the French Riviera.

Headlining its factual slate is The Class Next Door. Made by Firecracker Films for Channel 4, the 4 x 60-minute series explores what being an 11-year-old child today is like. Parents will dust of their school uniforms to work through the same curriculum and sit in the same exams as their children.

Headlining the format slate is Emogenius — a half-hour comedic game show format about communication that taps into the popularity of emojis and text messaging from Game Show Enterprises for US channel GSN. 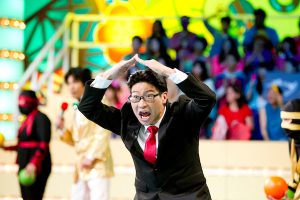 Other docs include The People’s Vet (20 x 60), is a series following the daily life of vets and nurses in two charity pet hospitals, produced by Blakeway North for Channel 4; SOS: How to Survive (6 x 60), which presents true stories of people who found themselves in a life and death battle with the elements.

Elsewhere The Internet, Cancer and Me (1 x 60)  follows young cancer patients who turn to the internet for comfort. The doc was produced for Channel 4 by AMOS Pictures.

Stuck On You (1 x 60) reveals the intriguing story of how four Italian brothers took the childhood obsession for stickers and turned it into a worldwide multi-billion pound industry. A TenMonkeys Media production for ITV4.

Finally, The Sex Bots Are Coming (1 x 60) follows the creation of the world’s first sex robots, while Trust Me, I’m a Robot (1 x 60) gives insight into a future of robotics. Both docs are crated for Channel 4, with Sex Bots produced by Raw TV and Trust Me by Tuesday’s Child.

The Gig Guys (6 x 30) goes behind the scenes of an electronic music festival held on a cruise ship, while Fast Indian Cooking (6 x 30)follows chef Sapna Anand as she demonstrates how to create Indian-fusion dishes.

Global indie studio Propagate comes to MIPCOM with a slate of unscripted series, specials and formats.

My Partner Knows Best (10 x 60, Lifetime) is a relationship comedy gameshow that pits three opposing couples against one another as they take turns betting on how well they think their spouses will perform in games testing memory, intelligence, strength, agility and trust.

State Plate (24 x 30, INSP) follows musician and restauranteur Taylor Hicks as he tastes his way across America on a quest to assemble plates that represent each state’s most historic, famous, and iconic foods.

In Girl Starter (6 x 60, TLC ) a group of young women look to launch their own business.

Propagate and Turkish producer Sera Films have developed a one-hour female-focused business makeover format, Big Boss Lady. In each episode, a sister, wife, daughter, or mother takes over a failing business from a man in their lives, attempting to turn around the fortunes of the company.

Propagate will introduce several formats from its recently announced partnership with Nash Entertainment.

Leading the slate is the competition series For Love or Money, in which fifteen women arrive at a mansion to compete for the attention of a handsome man. Unbeknownst to the guy, at the end of the show, the woman he chooses must decide whether she wants love or money.

Who Wants to Marry My Dad? follows the adult children of a single father who choose among several suitors to decide which woman will ultimately marry their dad. Other formats include For Better or For Worse and Outback Jack.

Based on the podcast Lore (6 x 60, Amazon) is a modern-day Twilight Zone with a huge twist: the stories, characters and history behind them are real.

Cirque du Soleil: One Night for One Drop (1 x 90) provides an all-access look into the intense creative planning, execution, and competitive spirit behind the greatest circus professionals in the industry today.

Talpa is bringing a raft of game shows to Cannes this year, including The Perfect Question, 5 Gold Rings, The Big Picture and Divided.

In The Perfect Question, the contestant is the quiz master at the same time. He must come up with the questions and ask them to a studio audience of 100 people, with the challenge is to ask a question that triggers 50 correct and 50 incorrect answers.

Design Dream is a competition in collaboration with Ikea, where six aspiring designers each come up with different ideas to realize the interior design dreams of regular people.

Another new introduction is Human Knowledge, in which two celebrities must guess how regular people will behave in various situations.

Yoga Girls is a never-before-seen side of yoga in Los Angeles, while Big Fat Truth features

host/mentor JD Moth who inspires people to change their lives and gain the rewards of a healthier lifestyle.

India’s Asli Champion… HAI DUM! Is hosted by the “Real Steel of Bollywood,” Suniel Shetty. This show aims to crown the “fittest Indian.”