Feel-good programming is needed in our crazy world

Media Ranch president Sophie Ferron explores why feel-good titles from This is Us to Pay it Forward have been big hitters during a tough global political climate. 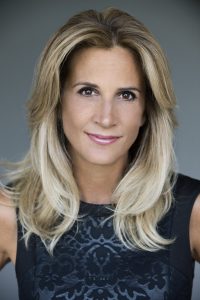 Trump, Kim Jong-un, Brexit, Syria, terrorist attacks, the Las Vegas mass shooting, the Mexico City earthquake and hurricanes Irma and Maria: these are just a few of biggest news stories over the past month or two, proving that we rarely get to watch good news on TV.

However, in amongst some of these stories of political uncertainty, war, devastation and loss of life there have been positive moments: tales of people banding together to help one another; emotional human stories that uplift and make you thankful that there are good people out there.

Increasingly it is these stories that are keeping me glued to the TV news, rather than the main event, and I know I’m not alone.

In such uncertain, unpredictable and chaotic times, when so much feels out of our control, I think we need to feel safe and at home in our world. We latch onto the familiar and things that give us comfort and we feel good when we see everyday people doing everyday things to help others and make a difference, and I think our industry is tapping into this need with a whole new raft of familiar and feel-good programming.

I’ve lost count of the number of shows that are being re-booted: from Will and Grace(which was picked up for a second season before the first even aired), Dynasty, Roseanne and Fame – there are so many shows that feed our love of nostalgia and take us back to a time when things were better – or at least we think so now. A cynic might say that this ‘familiar’ trend is just lazy programming from risk-averse broadcasters, but I say ‘bring it on’.

New versions have to be relevant for today’s audiences, so there is still work to do, but I think broadcasters are genuinely listening to what audiences want and need in these difficult times; good-natured escapism, characters we know and love, great co-viewing opportunities, celebration of the human spirit and something we can enjoy relaxing in the chair as opposed to tensely sitting on the edge of our seat.

“A cynic might say this ‘familar’ TV trend is just lazy programming from risk-averse broadcasters, but I say ‘bring it on’”

Feel-good programming has also been creeping up on us for a little while. Reality programmes seem to have got a little nicer and nice people, not just the ambitious and driven, are winning competition shows. We’ve even seen a hugely successful new feel-good drama about everyday people with connected lives doing the best they can, being nice to each other and getting by.

With no car chases, murders, major dysfunctions or gripping storylines it might have been a difficult sell some years ago but NBC’s This is Us has proved both a ratings and critical success. It’s a feel-good show that celebrates everyday life and it’s far from boring.

Comedy of course is meant to make us feel good, but we’ve even got shows such as The Good Place, that are actually all about doing good and being kind – albeit in an otherworldly setting. Both these shows have second seasons running and This is Ushas a third commission, so ‘feel-good’ is definitely feeling right for viewers.

While in factual we’ve had programmes such as Secret Millionaire for some time now, the desire to see real people coming together to make a difference, rather than just those who can write large cheques, is sparking a new generation of feel-good formats.

Going Back, Giving Back on the BBC sees people help someone today in a way that they were once helped, and Media Ranch will be launching Pay it Forward at MIPCOM this year. I have loved this show for years; it has run for eight seasons in Canada, won numerous awards and aired successfully in primetime on three different networks, but most impressive of all – it has transformed the lives of over 10,000 people.

Its premise is simple – find people that need help and help them change their lives for the better…anything from medical help to advice, donations of time or money, home improvements or organising a family reunion. The person who has received help must then ‘pay it forward’ and help someone else, creating a chain reaction of kindness.

Even though this has been a big show locally I just felt the time was right for this idea to fly internationally, and successfully approached the rights owners about distribution. Early interest is very positive and I can’t wait to talk to more people in Cannes.

Genuine opportunities to bring people together for even small acts of kindness reminds people about what makes us good – and human – and shows that small actions can make a real difference. There are no cultural boundaries to this type of idea either; feeling good is universal and authentic, human stories never fail to resonate.

So, in these troubled and uncertain times, we shouldn’t just be preoccupied with finding headline-grabbing, edgy, groundbreaking or disruptive new content. Think about the current context in which we are living our lives. A little bit of the familiar and feel-good – and a soft place to fall – will go a long way.