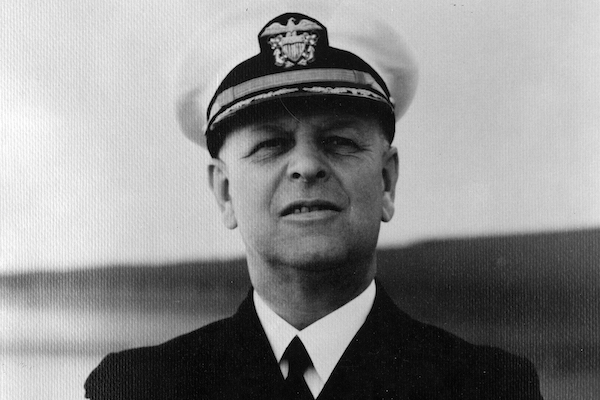 History is planning to mark the 75h anniversary of the attack on Pearl Harbor with a weekend of programming.

The Japanese attack on the American naval base on Dec. 7, 1941 led to the United States’ entry into World War II.

Based on the book, A Matter of Honor – Betrayal, Blame & a Family’s Quest for Justice by Anthony Summers and Robbyn Swan, Pearl Harbor: The Truth looks at intelligence and military mistakes that caused the U.S. to miss early warning signs of the Japanese attack. The doc presents evidence that Admiral H.E. Kimmel (pictured) was made a scapegoat as part of a cover-up. Subsequently, Kimmel’s family has requested that President Obama restore Kimmel’s four-star rank.

The series Pearl Harbor: The Last Word documents the experiences of some of the last living Pearl Harbor survivors including 25 veterans who range in age from 92 to 104. The oldest and second oldest living survivors, Ray Chavez and Jim Downing, were among the interviewees, as was oldest living African-American survivor Nelson Mitchell.

History is also donating the interviews from the series to the The Library of Congress Veterans History Project, which collects and preserves personal accounts of American war veterans.

The series was produced by HSC USA. Kathleen Williams exec produced for the network.

The programs will repeat on Dec. 7.