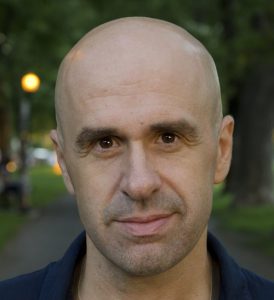 Sourligas (pictured) joins the Canadian firm from Dakota Pictures, where he served as VP of distribution. He will join the Media Ranch team at next month’s MIPCOM market in Cannes where he will be charged with showcasing Media Ranch’s current development slate and finished programs.

Prior to this, he served as VP of sales at FarMore Distribution and VP of distribution at Just For Laughs.

He has also written and directed a raft of feature films, shorts and documentaries, including Happy Slapping and Elephant Shoes, the latter of which won and Audience Award at the Santa Fe Film Festival.

Media Ranch was honored with a Rose d’Or Award, which recognizes entertainment programming from around the world as judged by the European Broadcasting Union, for television format Street Jungle in 2015.