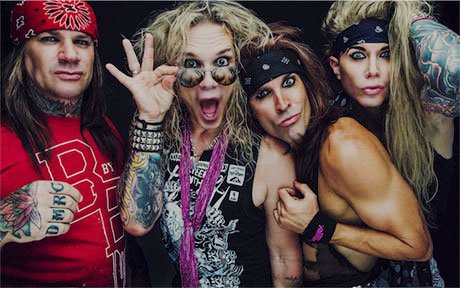 The project comes out of an exclusive worldwide linear TV and digital rights deal signed by Media Ranch and the band.

Between sell-out concerts, the band will also jet over to next month’s Mipcom in France, where they will perform an exclusive VIP acoustic show to invited television executives.

“Steel Panther is the perfect band to make the transition to TV. They’re unapologetically and hilariously irreverent. Their popularity transcends all age groups because their music is great. Steel Panther is in a class on its own,” said Media Ranch president Sophie Ferron.

“They’ve been joined on stage by the likes of Miley Cyrus, Steven Tyler, Kelly Clarkson and many others so you can bet on many cameos by their celebrity friends in our series.”

Montreal-based Media Ranch recently adapted the UK television show Life in The Kitchen for Canal Vie and was also commissioned by Scripps Networks UK and EMEA and CMT (Canada) to produce the format Baggage Battles.